If you want to make the desert bloom, stop burning all the olive trees

"I have no words to describe what's going on in here. It's awful. Just know that your solidarity means the world to me. And it does make a difference. Keep us in your thoughts and prayers. Tell the world what is happening."

These words from a friend in Gaza made me feel like absolute shit. One, that it's happening, and two, that I can't really do a thing about it.

I've had several people in the past two weeks or so ask me about what's going on in Gaza. The prevailing sentiment among most all of them is not only a desire to know more, but also a very clear frustration with all the apparent mixed messages there are out there about this conflict.

The frustration is an understandable one that I completely relate to. Especially when I first began to look into the conflict for myself, the disconnect between interpretations is disorienting.

Eventually, though, after you've ingested enough soundbytes from enough different voices, you can get a sense in the middle of a few objective facts:

I never want to be in a position of "keeping score" in these matters, but the numbers do show an undeniable imbalance of power and lack of restraint. Allegations of "apartheid" and "ethnic cleansing" are not buzzwords meant just to get attention, or exaggerations made out of baseless insidious hatred of a religious group. They are an accurate assessment of clear policies that have been in effect for decades and have only made things worse.

Those who point toward Hamas and its rockets as the reason why Palestinian civilians are being slaughtered must not have been paying attention to the thousands of Palestinians that Israel needed little excuse to slaughter long before Hamas and its rockets even existed. The fact is that the backbone of Israel's creation in 1948 was a clear agenda of ethnic cleansing. It was the belief put into practice that one group could only be safe in the land if the other was removed, or at least sufficiently removed so as to ensure a demographic supremacy. Until this injustice is addressed, there will never be an opportunity to move forward.

There was a time in Palestine, not even that long ago, when all its inhabitants coexisted. When Jews were safe to flourish and prosper while elsewhere they were being slaughtered by the millions. Today, Israel might just be the most dangerous place for a Jewish person to live in the whole world -- the direct and tragic result of the unsustainable policies of the Zionist movement.

There was also a time when the mention of places like South Africa, Northern Ireland or Brussels conjured up the same feelings of despair and unsolvable conflict we feel now over Israel and Palestine -- and today the mention of these places barely raises an eyebrow. These places and others not only provide hope, but also a helpful model of how this conflict might once and for all be resolved in a way that actually respects the rights of all involved.

We all have our differences, but certain things I really feel are universal. Children playing on a beach. People eating together at sunset. Watching out for your neighbors. Worrying about your family when they are in harm's way.

If you want to get beyond the propaganda, talk to the people. Listen to the stories you haven't heard before. I've noticed humans are so impervious to statistics and so immune to arguments. What we understand, and what I think are most important, are stories and faces.

After all, it's the people who need to live. 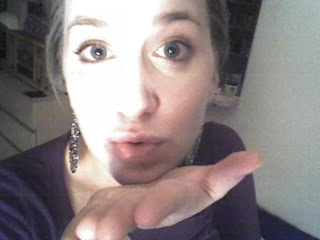